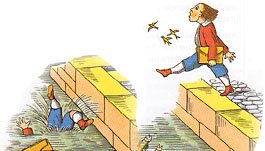 Excerpted from Thinking, Hard and Soft

First Europe was said to be sleepwalking towards a Grexit. Then suddenly there was no time to sleep at all. Tsipras, Merkel, Hollande and Juncker looked tired even before the 17 hour marathon of negotiations had started, Merkel went without sleep for 27 hours and Tsipras was “mentally waterboarded” according to an EU official. To what extent did sheer exhaustion force an agreement?

Sleep is a necessity. Even the dolphin sleeps with one eye closed, half of its brain showing the even patterns of a brain at rest. We require temporary immobilization in the same way that we require water. Should we be worried when important decisions are made in states of exhaustion?

In last weekend’s FT Martin Rees, the Astronomer Royal, argues that the future belongs to artificial minds, which “will not be confined to the 14 mile layer of water, air and rock in which organic life has evolved at the earth’s surface.” What will a summit of artificial minds look like? Unconstrained by the necessity of sleep, how will they ever reach a decision?

Marcel Proust opens his novel In Search of Lost Time with a meditation on sleep, dreams and reality. The narrator falls asleep so quickly after putting out his candle that he doesn’t process his change in state: the thought of having to go to sleep wakes him up half an hour later. Dreams merge with reality and fiction. In his dreams he becomes the subject of his bed-time book an impression that lingers like scales on his eyes as he lies half-awake, able to decide whether to continue with his dream or pass back into life.

Novalis, an 18th century romantic poet, actuary and salt-mine manager wrote that we are “close to waking when we dream that we are dreaming”. What is real, what is not?  Last night’s bleary eyed politicians will have asked themselves the same question.

Normally, Proust says, we are governed by the chain of our calendars, “the chain of hours” as he calls it. There is no room for soft boundaries in a tightly coiled working week: the alarm clock sounds and we grab hold of the chain and get to work. Sleep is part of the routine: get it over with and press the play button. An ability to control sleep is the mark of the determined and focused. Michelangelo and Margaret Thatcher were masters of sleep management. Thatcher got by on four hours of sleep, while Michelangelo is said to have painted the Sistine chapel in power-nap mode: a quarter of an hour every four hours.

However perfect our routine; our “wet brains” (as Martin Rees calls them) are not automatons. Proust argues that moments of uncontrollable exhaustion are the most revealing. When we fall asleep unexpectedly “the world will fall topsy-turvy from its orbit” our chair becomes, as Marcel puts it “a magic chair” carrying the exhausted man full speed through time and space, and when he opens his eyes again he will imagine that he went to sleep months earlier and in some far distant country.”

Reading this passage I cannot help but think about the parallel between unexpected sleep and unexpected death, which leads me to Hamlet’s meditation on the subject. Hamlet is fearful of the topsy-turvy dream world to come after death in eternal sleep, a bit like Tsipras must be afraid of what will happen post-summit. “To sleep, perchance to dream – ay, there’s the rub.” Flying through time and space for a couple of minutes in a power-nap is refreshing, but being stuck there forever could be hell.

But perhaps Hamlet is on the wrong track. Why should the waking man be afraid of dreams? The dream belongs to the dreamer and death belongs to the dead, just like life belongs to the living. The Chinese philosopher Zhuangzi (4th century B.C), made this point in a passage known as the Butterfly Dream: Zhuangzi dreams he is a butterfly, flying about, doing what butterflies do. When Zhuangzi wakes up he gets on with life as humans do, unaware of his dream life as a butterfly. The butterfly is a butterfly, nothing else. The dreamer is the dreamer and no-one else. As Guo Xiang, a Zhuangzi scholar, wrote seven hundred years after Zhuangzi’s death: “The distinction between waking and dreaming is not different from the separation between life and death. The reason it is possible to be self-content in accord with one’s intentions is that these distinctions are firmly established and not that there are no distinctions.”

Are the distinctions really so firm? According to Aristotle, “often when one is asleep, there is something in consciousness which declares that what then presents itself is but a dream.” What happens when the dream-world merges with life like it does for Marcel as he lies half-awake with scales on his eyes, free to decide whether to emerge or sink back into dream-life as a subject of his bed-time book?

The moments of transition when the boundaries are soft are precious because they remind us how indefinite our sense of reality is. Is life (and Europe?) all in our heads, or is our head (Europe) a cogwheel, coiled tightly into a chain of hours? Is it more dangerous to live our lives in a dreamy state, or control our dreams within a chain of daily routine?

It is unfashionable to be dreamy in a world ruled by performance driven capitalist credos. But the desire for alternative reality finds other outlets: modern life is becoming hyper-realistic. Walk along the streets in any major city, and count the number of times you have to dodge pedestrians glued to their smartphones, walking on autopilot. Transfixed by our screens our lives are akin to Marcel’s lucid dreams, we are captive to a state of indecision. And this is true more broadly. Increasingly, the story of our lives is the story of the sticky slug-like traces we leave behind online. Half butterfly, half human, we vacillate between wishful thinking and performance reviews.

A19th century children’s story by Heinrich Hoffman comes to mind. A distracted boy Hans goes through life staring into the air. Here is an excerpt as translated by Mark Twain.

Now when this lad to school did go,
He never saw what’s here below;
His eyes were always in the sky,
‘mong roofs and clouds and things that fly;
He never saw, along the street,
The common things about his feet,
So people used to cry, “Ah, there! That is Hans Stare-in-the-Air!”

Hans ends up walking into a river, lucky to be saved by two passers-by and the only lasting damage is the ridicule he suffers.

He’s water-soaked from head to heels,
But can’t express half what he feels.
Those little fish go swimming by
And up at him they cock their eye,
And stick their heads out full aspan,
And laughs as only fishes can;
Laugh and giggle, jeer and snort —
How strange to see them thus cavort!

Like Hans, we can’t express half what we feel when a rude shove interrupts us from the email on our smartphone. That is the perfect time to reflect whether our life belongs to the living, our dreams to the dreamers, Europe to its citizens or whether it has all become a bit confused.